A bisexual person is someone who can be attracted to people of more than one gender, but not always at the same time or with the same intensity (Robyn Ochs). The bisexual umbrella usually includes people who identify as pansexual, queer, or sexually fluid. Most studies suggest that about 50% of all LGB people identify as bisexual, making it the largest group within the LGBTIA+ community. It also remains one of the most hidden within churches. Additionally, bisexual people can encounter anti-bi views in either straight or gay people. How can your church serve this large group and what practices are the most affirming to bisexual people? Come join Coalition Program Minister Kimi Floyd Reisch (they, them) in a discussion of some of the deeper challenges facing bisexual and pansexual people, and learn some methods for your church deepening your commitment to bisexual and pansexual people. 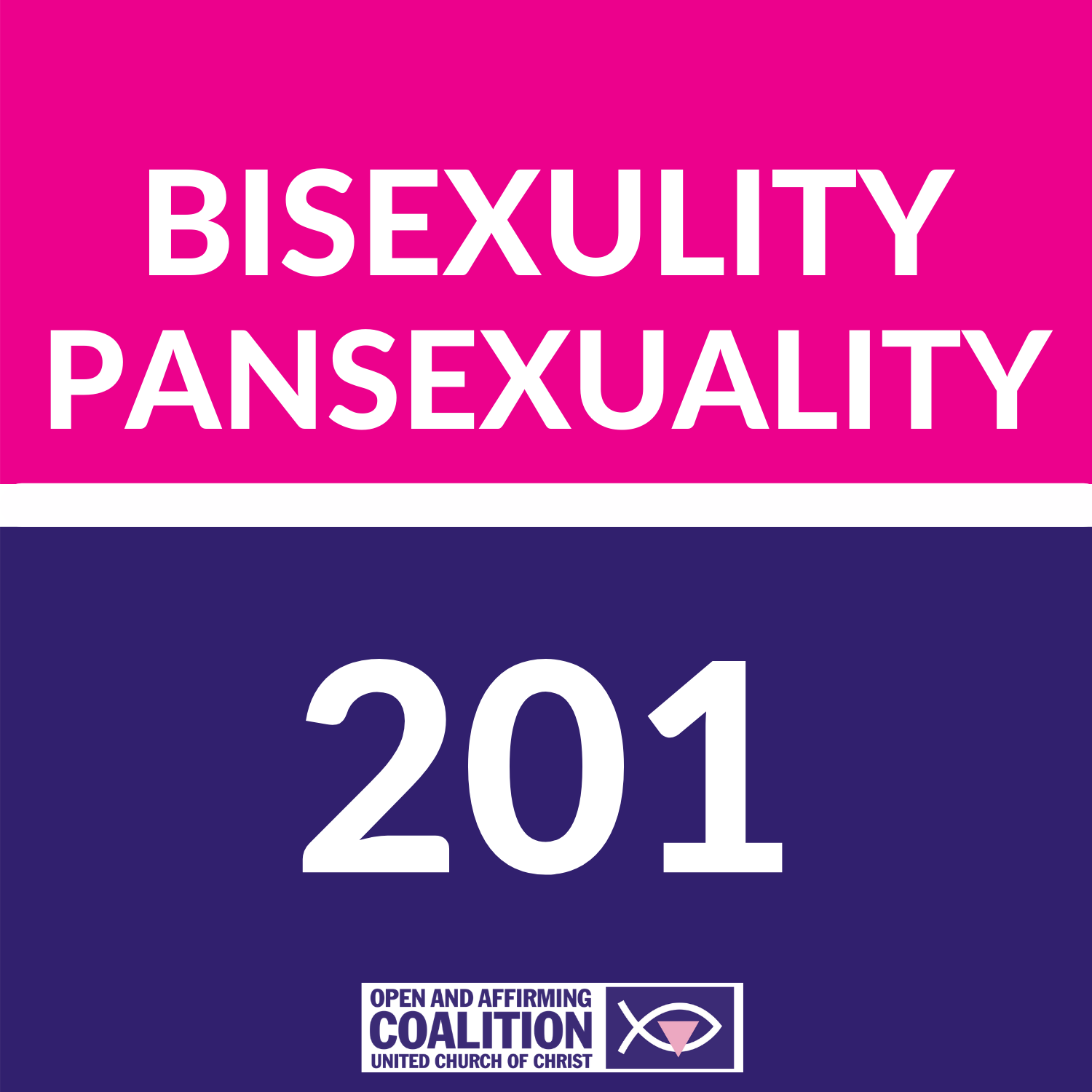 Come learn more about the issues facing bisexual and pansexual people in your faith community.

There are currently no tickets available for this event, but you can still make a donation.

The ONA Coalition’s webinar series is designed both for Open and Affirming congregations and for churches taking their first steps towards an ONA covenant. Individual registration at $25 is for three or fewer people. Church Group registration at $75 is for four or more people. There is no limit on the number of participants in a Church Group in 2021.

If you will be bringing additional people (up to 2 more with individual or unlimited with Group or Group Season Pass), you will share all log-in information with them. That means the person listed on the group registration will be in change of making sure to share event details. If registering a group, you only select One Group Ticket to purchase.

The Winter/Spring webinars are Thursdays at 7 p.m. Eastern, 6 p.m. Central, 5p.m. Mountain, 4 p.m. Pacific and 2 p.m. Hawai’ian, and run for about 90 minutes. The webinar includes time for questions and conversation.Contact Andy Lang at ed@openandaffirming.org or Kimi Floyd Reisch at ona@openandaffirming.org for more information. Remember that extensive resources on each subject are available on this website!

You can support us by making a donation!